Building the Brains of Newborn Puppies

Did you know that healthy puppies are born blind and deaf, and must rely on their sense of olfaction (as well as touch) to find their mother's milk? Sniffer dogs aren't only born, but can also be carefully nurtured, starting from newborns and beyond. For example, starting at 3 days of age, a critical window of opportunity for puppy development is open: for Early Neurological Stimulation, in addition to Early Scent Introduction.

Over several generations of sniffer dogs (since 1999), Hunter's Heart Brittanys has followed the Biosensor (Early Neurological Stimulation) program (1), as well as introducing a new scent daily. This early brain training introduces mild stressors, prompting the neurological systems to adapt and accelerating brain development. It kickstarts the neurological system and may result in earlier proficiency and improved performance over what would normally occur without intervention.

Essentially, we help to build the brains of the puppies by taking advantage of a sensitive period. Once a day, we handle each puppy separately from it’s mother and its litter. We expose the puppy to several exercises, for 3-5 seconds each, while supporting the puppy so it can’t fall. The video shows ENS with our current litter of Brittany puppies, including:

WHY BOTHER WITH EARLY SCENT INTRODUCTION?

While Early Neurological Stimulation (ENS) continues is a valuable process that we continue to follow, by itself, I believe it is anthropocentric, coming from a human perspective where vision is the primary sense. Most researchers agree that dogs' primary sense is olfaction, and by adding early scent introduction, it stands to reason that we may be able to improve olfactory performance by taking advantage of neuroplasticity with young puppies.

Therefore, in addition to ENS, we introduce puppies to at least one new scent a day. Introduce a new odor 1 inch away from the puppy’s nose, for 3-5 seconds. If the puppy avoids the scent (by moving away), the exercise is over. If the puppy approaches the scent (moving towards it), I allow it to check out the scent for up to 30 seconds, then the exercise is over. Puppies can and do adapt to these novel scents, which they would not otherwise encounter in their whelping box.

WHEN DO PUPPIES START SCENTING?

Even before birth, puppies can recognize scent. In one study, researchers fed pregnant bitches food flavored with anise in the last 3 weeks before whelping (3). When tested within 24 hours after birth, the puppies moved towards the smell of anise. When presented with vanilla, which they weren’t exposed to previously, the attraction was not the same. When puppy’s are exposed to a scent both before birth and after birth, an even stronger preference results (4). Prenatal exposure might prime the puppy to be more receptive to smells experienced in the womb. That makes sense, given that learning which foods are safe before birth is likely an evolutionary advantage. Further, early exposure to odors increases cell numbers in both the accessory and main olfactory bulb (10). More cells allow improved olfaction.

Based on a preliminary survey by Avidog, Gayle Watkins reports that early scent introduction may result in earlier proficiency in dogsports involving scent, from tracking to hunting, to handler discrimination and nosework (2). The case for success of Early Neurological Stimulation is sufficiently strong that canines in the US military being considered for scent detection are exposed to early neurological stimulation, to increase their likelihood of successful scent detection performance later in life.

Of course, genetics combines with environment to produce the final adult performance. Not only do we endeavor to genetically engineer better scent dogs over time, but we advocate ongoing socialization from 4-16 weeks, followed by appropriate enrichment and training based on the type of work or sports dogs will do.

Neuroplasticity is a term used by scientists studying the brain to refer to the brain’s ability to change over time, for better or for worse. You may have heard about utilizing plasticity of the human brain to your advantage, by training with specific brain games to maintain or enhance your mental capabilities as you age. Our brains respond to exercises with physical changes including shrinking or thickening grey matter, forging, refining, weakening or severing connections between nerves. And this results in changes to our abilities over time. For example, when you learn a new dance step, your brain creates new connections between nerve cells (like wires). Therefore, if you want to be a better dancer, it stands to reason that you should practice correctly performing dance steps over time, to strengthen those neural pathways in your brain. Eventually, you don’t even need to think about how you perform a dance, it becomes unconsciously controlled muscle memory.

Returning to scent training, Wilson and Stevenson (8) suggested that plasticity of the neurons in the brain is enhanced by experience with many, diverse (simple or complex) odorants in a variety of conditions, including other distraction odors. Therefore, olfactory development of young puppies represents a unique window opportunity that only happens once. Even if you perceive young puppies as silent, and you think not much is going on, this period is critically important to development of their brains, bodies and minds. Since puppies are born blind and deaf, they are forced to rely on scent (touch and taste) to survive. Unless a human is bottle feeding, that’s how they find the mom’s nipple, nursing every hour of their first few days. Young puppies are scenting. And you can help shape their future potential by offering them a variety of novel scents, allowing them the opportunity to start developing their detection capability.

Olfaction is the primary scent by which dogs explore and experience the world. And that olfactory experience begins in the womb, when the puppy’s mother is exposed to scents in her environment, notably target odors in scent detection. Check out this previous blog post to learn more about prenatal and neonatal scenting: What Do Sperm and Puppies Have in Common?

Jenkins et al commented “Canines learn odor starting in the prenatal period, due to the influence of maternal diet on the composition of the amniotic fluid, but the learned odor memory appears to dissipate by 10 weeks of age” (4). Then the puppy’s developing olfactory system takes over. Throughout a canine’s life, olfactory neurons only live for 1-2 months, and unlike other cells, olfactory receptor cells constantly regenerate (2). But olfactory receptor cells aren’t just replaced with nonspecific cells. The more an animal smells a scent, the more his body responds by producing olfactory receptors for that specific scent.

That’s one physiological reason why, even once detector dogs are fully trained, and deployed in the field, maintenance training is expected to maintain that degree of proficiency. Wang et al (5) and Youngentob and Kent (6) showed that dogs develop more olfactory receptors for target scents from their detection training. Gerritsen and Hank (8) also reported that olfactory cell turnover is not static: the type of new replacement odor receptor cells is triggered by familiar scents.

Early neurological development in response to novel stimulation is free and easy. Just a few simple, daily exercises with each puppy in a litter not only helps to get to know the puppies better but will hopefully accelerate their development and increase their performance in future.

Want to learn the secrets of raising sniffer dogs and high performance puppies with laser focus? Sign up for our online Puppy Employment Program course, FREE for a limited time for beta testing.

Subscribe to our free blog for the latest scent detection tips and news. 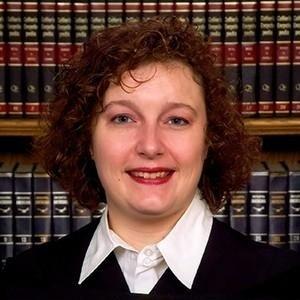 for the latest scent detection tips and news.

Just press the button below, then check your email. You need to click the link in the email to confirm your subscription.

Don't forget to check your junk email folder and add us to your approved senders list.